Forest fires break world record after record. They seize around themselves with unprecedented vehemence, with all the consequences that entails. Hectares of forest areas go up in flames, families are affected and people are injured. Experts say forest fires are responsible for about 20% of annual global CO2 emissions. Preventing fires is probably beyond the scope of technology, but is there a way to reduce its severity? That is very possible! There is a small but growing number of IoT companies trying to prove the point.

The sooner a wildfire is discovered, the easier it is to stop or control it. When dangerous conditions are detected before a fire breaks out, authorities can prevent disaster before it starts. However, early detection of fires in forested areas is extremely difficult. Before the advent of aircraft monitoring and satellite-based GPS technology, areas prone to wildfires depended on weather reports, an army of seasonal fire watchers, and good luck fighting wildfires.

A few startups and other companies are developing IoT systems using wireless sensors to provide early warning of wildfire activity. Companies that currently supply these systems include Dryad, LADsensors and Seidor.

EE Times spoke with Carsten Brinkschulte, co-founder and CEO of Dryad Networks about how his company is introducing a solar-powered LoRaWAN-based sensor system for early detection. “An important part of our innovation is that we have added a mesh network infrastructure to LoRaWAN. We actually added the ability for the base stations to talk to each other, one receives the message, it passes it on to the next and the next until it reaches a gateway connected to the internet. With this we want to cover extensive areas, without every base station being connected to the internet,” says Brinkschulte.

The sensors can connect to border gateways connected to the internet via LTE-M, or Ethernet connectivity to add a Starlink satellite dish. An advantage of the sensors is that they are battery-free and have no user-serviceable parts. “They just hang from a tree,” says Brinkschulte. Dryad has even used the Internet of Trees as a slogan in some of his press materials.

The sensors integrate a Bosch BME688 gas sensor chip that detects the gas composition of the air – it looks for hydrogen, carbon dioxide, carbon monoxide. Then the Dryad sensor uses machine learning and edge processing to detect the combination of gases typical of a wildfire. “We get high accuracy and low failure rates,” claims Brinkschulte. 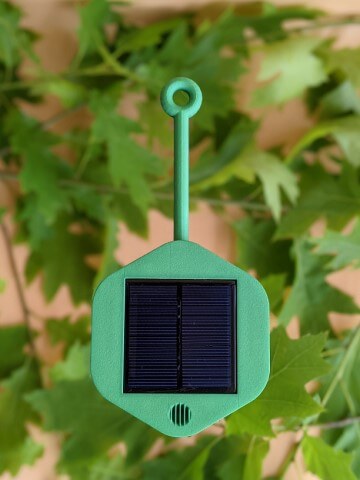 Dryad aims to detect forest fires of less than an hour. “When you look at fire, the sooner you can catch it, the better, right? It's that simple. And we can detect a fire before it is a fire, when it is still in the smoldering phase,” says Brinkschulte. This makes it much easier for firefighters to address a problem before it becomes a wildfire disaster.

In an area with both roads and forests, you'd need about 500 sensors to cover 10 square miles, Brinkschulte says. Once you get into wild forest areas, the number of sensors needed would drop to about 250. The standard price — before any volume discounts — is currently about $50 per sensor, the CEO says. This translates to about $25.000 for sensors to cover such an area. So this is not an IoT product designed for the average consumer (or even a farmer) on the edge of the wilderness. The CEO says Dryad has spoken with governments, energy companies and private forestry companies (i.e. logging companies) as it introduces its product.

Other types of sensors could also be added to the network as it rolls out. This would be interesting for logging companies, for example, because they can also look at soil monitoring and tree growth. These new IoT systems could potentially provide a new level of defense against wildfires at a time when the world desperately needs it. "It won't solve the problem on its own, but we think it's a very important addition to the puzzle that is extremely complementary to satellite or camera-based solutions because we have this ultra-early detection capability," says Brinkschulte. 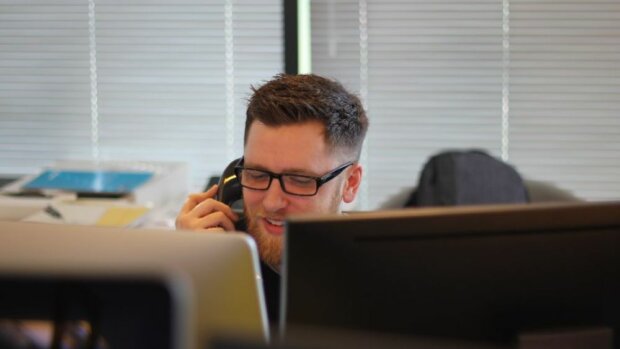 As an extension of our service, Comgate now offers additional Service Level Agreements for all mobile internet packages. This way you can be sure that you always receive the best service at any time.
Read more 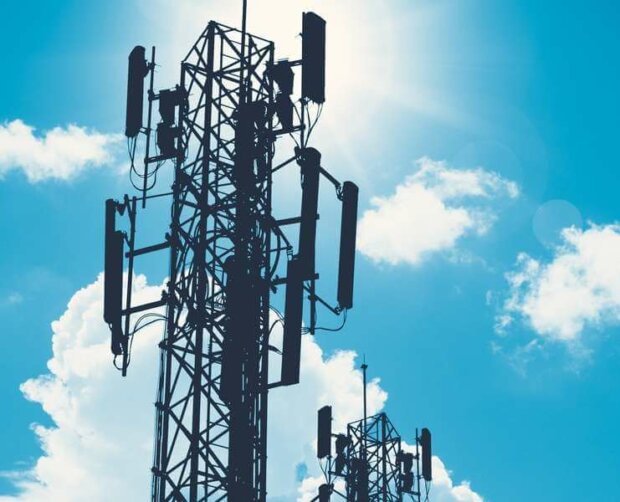 March 31, 2022 KPN will permanently shut down its 3G network. KPN will switch off the 3G network due to the introduction of 5G and the improvement of the current 4G network.
Read more
© Copyright 2021 Comgate
Privacy Statement Cookies Terms and Conditions
Design & Development Team Creative